The Pink Marine is the story—full of hilarity and heartbreak—of how a teenage boy who struggles with self-acceptance & doesn’t fit the traditional definition of manliness finds acceptance and self-worth in Marine Corps boot camp.

When Greg Cope White’s best friend tells him he is spending his summer in Marine Corps boot camp, all Greg hears is “summer” and “camp.”

Despite dire warnings from his friend, Greg vows to join him in recruit training. He is eighteen, underweight, he’s never run a mile—and he is gay.

With no LGBT rights in place in most states, and the Marines having a very definite expulsion policy in place for gay people when it comes to military personnel, will Greg even survive? 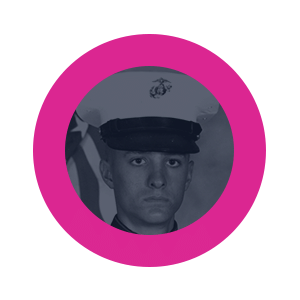 ​The author demonstrates that respect and delivers a heartening coming-of-age, inspiring memoir that displays a balanced, surprisingly reverent view of the Marine Corps and military service.

Author, screenwriter, producer Greg Cope White also served six years as a U.S. Marine. He drew from those experiences to write his memoir, The Pink Marine.

His writing credits include two Netflix Original films, shows for HBO, CBS, NBC, Disney, Fox and Comedy Central. He contributes to The Huffington Post. He mentors for the Writer’s Guild Foundation’s program for military veterans on their path to write TV and film.

The Pink Marine is currently being developed by Sony for television. Greg is a writer and producer on the series.

For any of the other images please contact us.

Author of The Pink Marine, television and film writer and producer, world traveler, and inveterate bon vivant, Greg Cope White is a former sergeant in the U.S. Marine Corps. He is a bi-coastal, polo-playing, sixth-generation Texan with a voracious appetite for life. 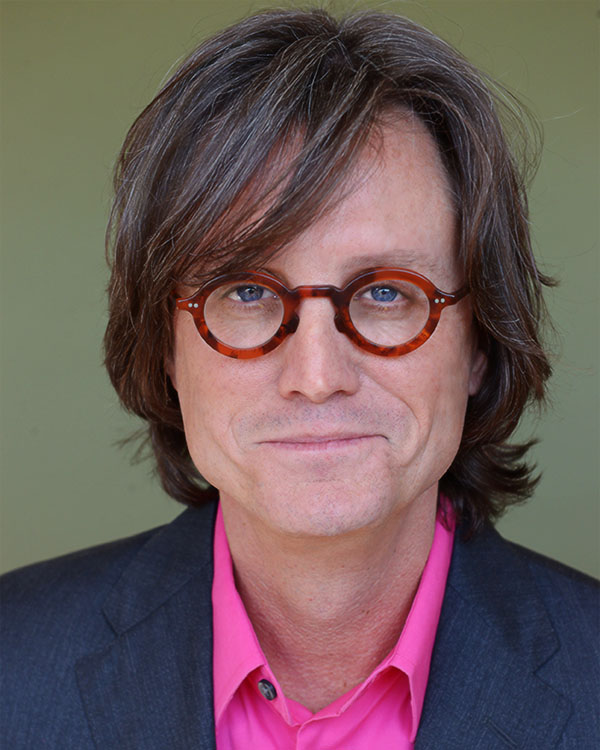 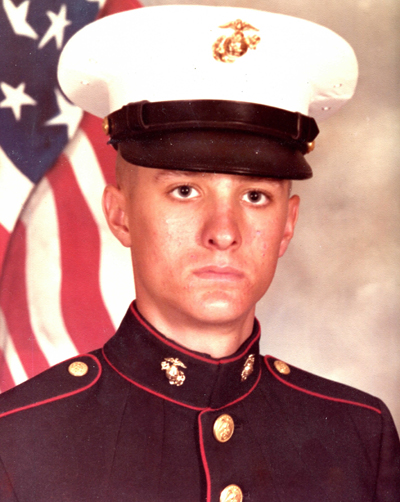 PRAISE & CHATTER FOR THE PINK MARINE

“While I served in the military, the Air Force was a social club compared to the Marines. I’ve known Greg White for some thirty years, and have admired him every minute throughout. That he could write as intriguing and honest a book as The Pink Marine is no surprise.”
— Norman Lear

“The Marines got a great soldier out of it. And we civilians got a great author. This is the story of how, through pure gumption, a most unlikely Marine candidate rises to the occasion to show his true colors!”
— Jane Lynch

“If you’re searching for the next great memoir, it’s arrived. Greg Cope White’s The Pink Marine is funny and relentlessly honest. If we have any reason to celebrate the imposed silence of President Clinton’s “Don’t Ask, Don’t Tell” policy, The Pink Marine is it. Had Greg talked back then, we wouldn’t have this book now. “
​— Peter MacNicol

“Marine Corps boot camp was the toughest thing I ever did. I had to cope with being skinny, weak, and timid in a place that demanded strength, confidence, and fearlessness. But I didn’t have to cope with being gay or having to hide who I actually was. . . .The Pink Marine is a wonderful book and I’m proud to be Greg White’s fellow jarhead.”
—Jim Beaver

​”Greg Cope White takes on the universal tragedy of human isolation and the fear of exposure with such humor and grace that it becomes a triumphant comedy.”
—Dylan Brody

“Greg is as inspirational as he is hilarious—I love him and I love this book!”
​—Margaret Cho

​”For five years, on a television show called Covert Affairs, I had the privilege of pretending to be a member of the U.S. military. ​For six years, in the United States Marines, my friend Greg pretended to be straight. He wins. The Pink Marine will inspire you, make you laugh, and remind you of what’s important in this life.”
—Christopher Gorham

Private Benjamin meets Full Metal Jacket. As fascinating as that description sounds, The Pink Marine goes way beyond that… A beautiful, frank, gripping and funny memoir, Greg Cope White punches you in the gut one moment and makes you bust a gut in the next. Truly one of the most honest and harrowing depictions of boot camp I’ve ever read or seen in film. And the fact that White can make you laugh at it all makes this book a true original. Wow.
—Sean Dwyer 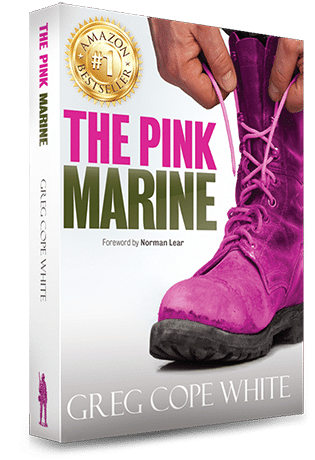 © Copyright 2022 | Oorah! LLC | Semper Fidelis
DISCLOSURE: This website may be compensated for sales of products we link to. We also participate in the Amazon Services LLC Associates Program.

Page load link
We use cookies on our website to give you the most relevant experience by remembering your preferences and repeat visits. By clicking “Accept All”, you consent to the use of ALL the cookies. However, you may visit "Cookie Settings" to provide a controlled consent.
Cookie SettingsAccept All
Manage consent

This website uses cookies to improve your experience while you navigate through the website. Out of these, the cookies that are categorized as necessary are stored on your browser as they are essential for the working of basic functionalities of the website. We also use third-party cookies that help us analyze and understand how you use this website. These cookies will be stored in your browser only with your consent. You also have the option to opt-out of these cookies. But opting out of some of these cookies may affect your browsing experience.
Necessary Always Enabled
Necessary cookies are absolutely essential for the website to function properly. These cookies ensure basic functionalities and security features of the website, anonymously.
Functional
Functional cookies help to perform certain functionalities like sharing the content of the website on social media platforms, collect feedbacks, and other third-party features.
Performance
Performance cookies are used to understand and analyze the key performance indexes of the website which helps in delivering a better user experience for the visitors.
Analytics
Analytical cookies are used to understand how visitors interact with the website. These cookies help provide information on metrics the number of visitors, bounce rate, traffic source, etc.
Advertisement
Advertisement cookies are used to provide visitors with relevant ads and marketing campaigns. These cookies track visitors across websites and collect information to provide customized ads.
Others
Other uncategorized cookies are those that are being analyzed and have not been classified into a category as yet.
SAVE & ACCEPT
Go to Top