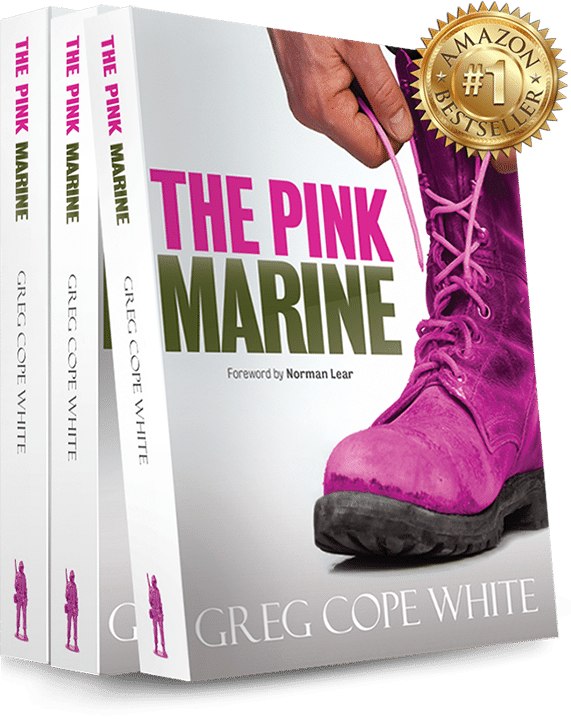 While I served in the military, the Air Force was a social club compared to the Marines.

I’ve known Greg Cope White for some thirty years, and have admired him every minute throughout. That he could write as intriguing and honest a book as The Pink Marine is no surprise.

This is the story of how, through pure gumption, a most unlikely Marine candidate rises to the occasion to show his (rainbow flag of) true colors. This guy has lived a life!

Greg’s hilarious and amazingly insightful re-telling is so much fun to read.

For five years, on the television show Covert Affairs, I had the privilege of pretending to be a member of the US military. For six years, in the United States Marines, Greg pretended to be straight. He wins.

The Pink Marine will inspire you, make you laugh, and remind you of what’s important in this life.

Greg ‘s The Pink Marine is funny and relentlessly honest. If we have any reason to celebrate the imposed silence of President Clinton’s “Don’t Ask, Don’t Tell” policy, The Pink Marine is it. Had Greg talked back then, we wouldn’t have this book now.

Marine Corps boot camp was the toughest thing I’ve ever done.  I don’t know that I could’ve survived the ordeal if I’d had to carry the secret of being gay along with my pack & rifle.  Greg managed to endure more than most Marines, and he came out of it with a rich, enlightening, and affecting tale of endurance.

The Pink Marine is a wonderful book and I’m proud to be a fellow jarhead.

Greg is as inspirational as he is hilarious—I love him and I love this book!

Authentic, inspiring & lots of giggle moments!  Greg nails it with this interesting and important memoir.

Hysterical, witty yet serious, Greg shares a very personal look into the life of military service and comes through with flying colors in this honest and funny book!

The Pink Marine is a beautifully detailed passionately written and very necessary book—it’s the fascinating and surprising story of a gay man in the military, told with respect, wit and insight.

This book chronicles Greg’s adventures during his early life and then his military service. Stories about his chaotic childhood, family, and the Marines with whom he served. He served 6 years, all illegally – he enlisted knowing he was gay at a time that was against the law. Hilarity ensued. 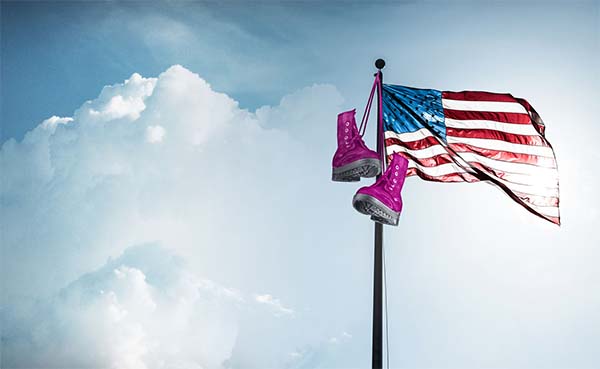 At first glance, you may think him the inveterate bon vivant (which he is) and not the man in camouflage who can command troops and hit a target five hundred yards away with an M16 (which he can do).

A gay, skinny, insecure eighteen-year-old, who had no idea where he fit in the world, Greg enlisted in the pre-DADT United States Marine Corps with his best friend. Without fully understanding what it meant, he joined the toughest branch of the US armed forces. Would he survive, thrive or get out alive?

Enlisting was his first battle – he had to cheat to pass the physical and then lie on the enlistment papers about his sexuality. This was a time when Out was not In.

He arrived in the bizarre world of USMC boot camp burdened by his secret of being gay. Midway through the thirteen weeks of recruit training, the struggle to survive and become a Marine trumped his fear of being found out.

His platoon was full of wild characters — including other recruits and drill instructors. Everyone came in with some feeling of being different.

Greg served with guys who had been pre-judged for the color of their skin, for their weight, for their socio-economic status. The battle for acceptance is waged on many fronts.

In the end, Greg learned that we can all do anything, with training and dedication. And a sense of humor.

When my best friend told me he was spending the summer at Marine Corps boot camp, all I heard was ‘Summer’ and ‘Camp’.

The Pink Marine is ALL BUSINESS as a cover story on Bloomberg News.

Greg takes a cake he made with him to discuss The Pink Marine on The Frank DeCaro Show.

Greg speaks to Queerty Magazine in this candid interview.

Greg gets in bed with Audible producer and sexpert Susie Bright to go between the sheets & explore the steamier side of sex in the military.

© Copyright 2023 | Oorah! LLC | Semper Fidelis
DISCLOSURE: This website may be compensated for sales of products we link to. We also participate in the Amazon Services LLC Associates Program.